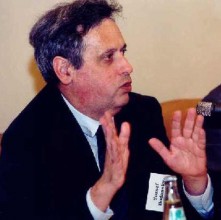 Rush Limbaugh has the stones to ask this week what I’ve been saying since Obama’s move towards Syrian war and the next move in WW III began: What if Assad didn’t do this?” What if he is being framed? An article from Yossef Bodansky (Rush’s source who was once Director of the Congressional Task Force on Terrorism and Unconventional Warfare from 1988 to 2004) asks these questions too: “Did the White House Help Plan the Syrian Chemical Attack?”

Bodansky lists a number of meetings between major state players prior to the chemical bombings that “raise the question of the extent of foreknowledge of US Intelligence, and therefore, the Obama White House.”

“All the sources consulted — both Syrian and Arab — stressed that officials of the ‘Mukhabarat Amriki’ actively participated in the meetings and briefings in Turkey,” Bodansky writes. “Therefore, at the very least, they should have known that the opposition leaders were anticipating ‘a war-changing development’: that is, a dramatic event which would provoke a US-led military intervention.”

“The mere fact that weapon storage sites under the tight supervision of US Intelligence were opened up and about a thousand tons of high-quality weapons were distributed to the opposition indicates that US Intelligence anticipated such a provocation and the opportunity for the Syrian opposition to exploit the impact of the ensuing US and allied bombing. Hence, even if the Obama White House did not know in advance of the chemical provocation, they should have concluded, or at the very least suspected, that the chemical attack was most likely the ‘war-changing development’ anticipated by the opposition leaders as provocation of US-led bombing. Under such circumstances, the Obama White House should have refrained from rushing head-on to accuse Assad’s Damascus and threaten retaliation, thus making the Obama White House at the very least complicit after the act.”

This whole contrivance has the feel of the faked Benghazi video excuse. It is Obama’s “wag the dog” attempt at creating the ultimate crisis for his ongoing agenda to grasp power and enable global powers seeking a financial reset and a reordering of the global chess board of power and wealth.