In 2008, by turning off their Address Verification System, or AVS, at the Obama website, the Democratic candidate was able to raise a record $150 million in donations in one month from millions of donors from all over the world.

The Obama Camp continued to break the law and accept donations from anyone anywhere in the world during the campaign.

One reader sent in proof of the corruption.
Rezko Donation Entered at Obama Campaign website: 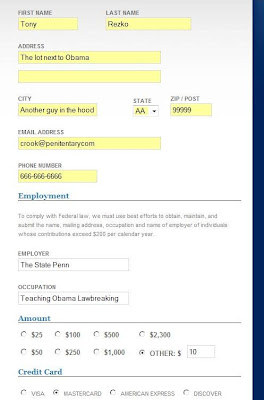 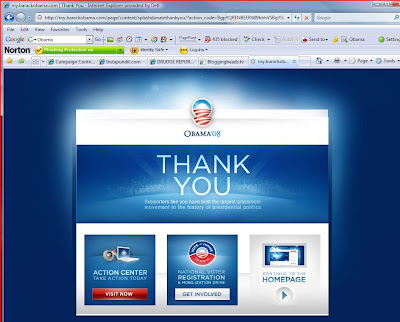 Here’s more from the reader.

Further, it’s laughable that the Obama camp claim it’s too complicated to make their under-$200 donor information available. Again, even the most basic Web-Analytics and database tools would allow the Obama camp to make this info available the way McCain does.

Well, they got away with it once so why change?
The culture of corruption continues – The Obama Campaign is still accepting illegal donations from all over the world.
Even terrorist “Nidal Hasan” was able to contribute to the team this year.