Barack Obama threw his ailing grandmother who raised him under the bus during the 2008 election. Obama compared his grandma to the racist anti-Semitic “G-Damning AmeriKKKa” preacher he chose for himself and his family- Rev. Jeremiah Wright. 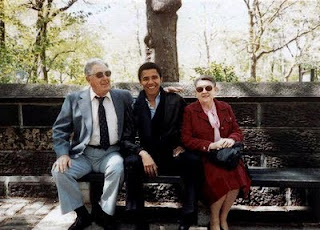 So it really came as no surprise that Obama was using seniors again yesterday as a prop.
James Taranto reported at The Wall Street Journal, via Instapundit:

“The kids are acting up, so he threatens to starve Granny to death. That’s just how a strong father behaves. It looks to us as if Obama may once again be overestimating his persuasive powers by relying for feedback on journalists who, for a combination of ideological, partisan and personal reasons, are predisposed to take his side.”