‘We Will Not Be Silenced’: Democrats Produce Documentary Alleging Rampant Vote Fraud by Team Obama

Fox & Friends had an explosive interview with Gigi Gaston, a writer/director who has made a documentary outlining the rampant voter fraud perpetrated by the Obama campaign during the 2008 primaries against Hillary Clinton. Gaston is a lifelong Democrat whose grandfather was a Democratic governor of Massachusetts… 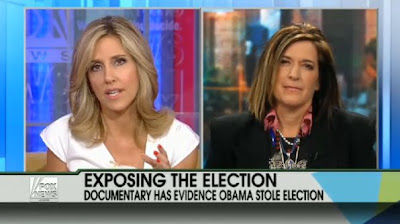 Gaston is not some partisan hack but someone who cares deeply about the election process and democracy. Gaston presents compelling evidence in We Will Not Be Silenced that Barack Obama was selected by the DNC, not elected by the people.

Gaston’s website explains that she began investigating to debunk the claims of vote fraud:

As Americans, we expect certain liberties and rights that were granted us by our forefathers, who wrote documents like the Constitution and the Declaration of Independence. “We the people” expect that these fundamental rights will always be protected. However, in the current Democratic Presidential Primary, this has not been the case. We believe The Democratic National Committee (DNC) made a grave error by depriving American voters of their choice of Hillary Clinton as Democratic nominee. Senator Clinton, by all accounts, except caucuses, won the Primary Election and, therefore, should be the 2008 Democratic Nominee. That didn’t happen, due largely to illegitimate and illegal acts. We have interviews of many accounts from caucus states recounting threats, intimidation, lies, stolen documents, falsified documents, busing in voters in exchange for paying for “dinners,” etc. There are at least 2000 complaints, in Texas alone, of irregularities directed towards the Obama Campaign, that have lead to a very fractured and broken Democratic Party. 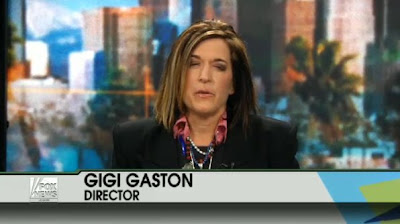 This documentary is about the disenfranchising of American citizens by the Democratic Party and the Obama Campaign. We the People have made this film. Democrats have sent in their stories from all parts of America. We want to be heard and let the country know how our party has sanctioned the actions of what we feel are Obama Campaign “Chicago Machine” dirty politics. We believe this infamous campaign of “change” from Chicago encouraged and created an army to steal caucus packets, falsify documents, change results, allow unregistered people to vote, scare and intimidate Hillary supporters, stalk them, threaten them, lock them out of their polling places, silence their voices and stop their right to vote, which is, of course, all documented in “We Will Not Be Silenced.” 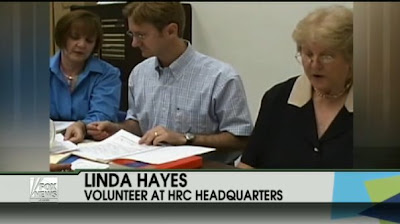 “We Will Not Be Silenced” is about the people who fight back by simply telling their stories: Teachers, professors, civil rights activists, lawyers, janitors, physicists, ophthalmologists, accountants, mathematicians, retirees – all bound together by their love of America and Democracy. They will tell us their experiences and how they feel betrayed by their own party. They will discuss how their party has disenfranchised them and how, when they saw and reported multiple instances of fraud, everyone turned a blind eye. Rather than support and protect the voices and votes of its loyal members, the DNC chose to sweep this under the rug by looking the other way, or using ceremony and quasi-investigations to assuage angry voters. It is our opinion there never before has been such a “dirty” campaign; the campaign that has broken the hearts and spirits of American voters, who once believed in the Democractic voting system.

We are not angry liberals; we are disappointed Democrats, who love our country and feel the DNC needs to stand for truth, care about its voter base and stop committing actions worse than what we only thought possible of the worst Republicans. The DNC and the Obama Campaign need to be held accountable for the catastrophe of the 2008 Democratic Primary. We must right their wrongs…after all, this is America, the Land of the Free, where every American has the right to a fair, honest voting process, and to have his or her vote counted…

We Will Not Be Silenced