WaPo Asks Who Keeps a Civil Tongue? …Answer: Conservatives By an 18:1 Margin

The Washington Post published an offensive and dishonest attack on conservatives this past weekend on their front page.
The WaPo provided plenty of hate and few facts to smear conservatives as “sour, angry, even dangerous.” 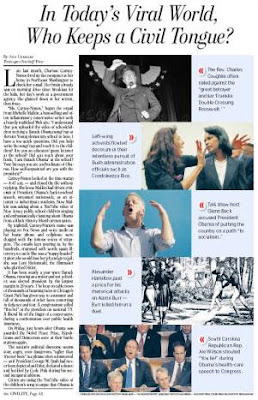 The DNC would have a hard time topping this awful piece of propaganda.

Michelle Malkin, who was mentioned in the article, rips apart this horribly biased piece of fiction.

If the WaPo really wanted to understand incivility on the internet this may help. Liberals are more than 18 times more likely to use foul language on their blogs.

The News Buckit performed a study on foul language on the internet. This is what was uncovered:

So how much more does the Left use Carlin’s “seven words” versus the Right? According to my calculations, try somewhere in the range of 18-to-1.

And, this doesn’t even include the disgusting attacks on Christians, Jews and the military that you often find gracing the pages of the liberal blogs.

And, if they really wanted to get honest they’d write about Daily Kos diarist Barack Obama who urged liberals to “brook no compromise” when pushing a radical agenda: 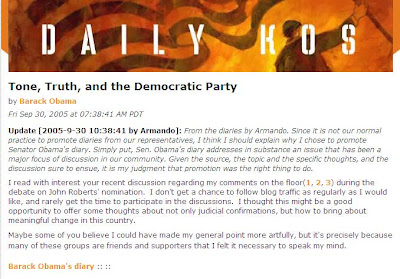 How’s that for civility?