So, how does the state-run media report this news?
Bloomberg reported later today– 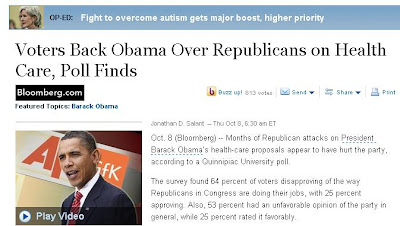 “Voters Back Obama Over Republicans on Health Care, Poll Finds”

Could the media be any more in the tank for these guys?
Honestly.