The state-run media pummeled Ronald Reagan over the unemployment rate but is giving Barack Obama a pass for posting similar numbers. 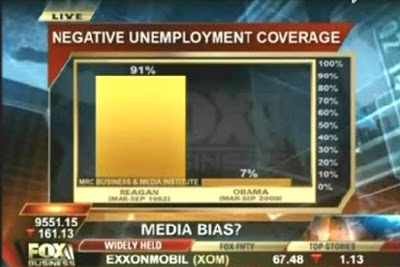 In fact the media’s treatment of Obama is 13 times more positive than it was for Ronald Reagan:

Via The Electric Stove

Also, the state-run media pummeled George W. Bush too even though his unemployment numbers were about half of what they are today under Obama.

The unemployment rate under President Obama reached another record high today at 9.8%.