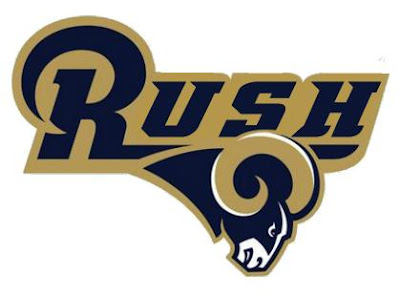 MSNBC used the Nation magazine’s sports editor in their segment against Rush Limbaugh as a “unreconstructed racist.”

The St. Louis Post-Dispatch also published this slander against Limbaugh crediting him with this bogus quote:

“I mean, let’s face it, we didn’t have slavery in this country for over 100 years because it was a bad thing. Quite the opposite: Slavery built the South. I’m not saying we should bring it back. I’m just saying it had its merits. For one thing, the streets were safer after dark.”

RUSH: Now, let me address one thing. The e-mail is loaded today with people requesting my comment on some of the outrageous slander and libel that’s been on television and in newspapers since last week about my potential purchase, being in a group, potential purchase of the St. Louis Rams. I mentioned last week, I can’t do anything but confirm this. The people bidding on this, we all have a confidentiality agreement with Goldman Sachs through the brokers here and there are just certain things that can’t be said about it, I can’t answer specific questions about the status, who else is in the group, and I just want to tell you I’m not surprised, I’m a little disappointed that otherwise responsible journalists are believing a bunch of garbage. There’s a quote out there that I first saw it in the St. Louis Post-Dispatch last week that I somehow, some time ago, defended slavery and started cracking jokes about it. And, you know, you say a lot of things in the course of 15 hours a week, over the course of 21 years. We’ve gone back, we have looked at everything we have. There is not even an inkling that any words in this quote are accurate. It’s outrageous, but it’s totally predictable.

It’s being repeated by people who have never listened to this program, they certainly didn’t hear it said themselves because it was never said. In some of the people’s cases, like Michael Wilbon, he’s better than this. I’ve met Wilbon. When I started at ESPN I ran into him out at a golf tournament in Las Vegas and he welcomed me to the network and so forth. I’m just mystified that somebody with that kind of brain would believe anything like this, and even if they don’t believe it they obviously wish to be harmful and damaging, which, folks, you have to understand, I expect it. I mean 21 years the enemies’ media monopoly has been destroyed by who? Me and those whose careers started after I started this one. They ought to hate my guts. The point is, when I talk about them, I tell the truth. I watch ’em, I listen to them, I report what they say and I tell them why they’re wrong, and I play their own words. They have to go somewhere to find concocted quotes which are now bordering on slander, libel, whatever it is, that I never said, and they believe it, and even if they don’t they use it on purpose.

Hopefully, MSNBC and CNN will correct their slander on tomorrow’s programs.