Michael Moore: Sure Castro Murdered… "But That Was 40 Years Ago" (Video) 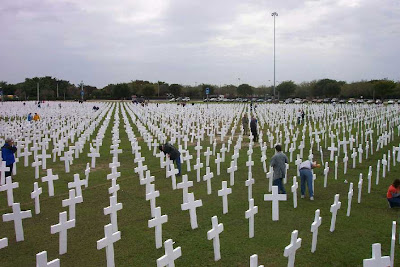 The Cuban Memorial displayed at Tamiami Park, Miami, Florida: Each cross bears the name of a victim of Castro’s genocide against the Cuban people. 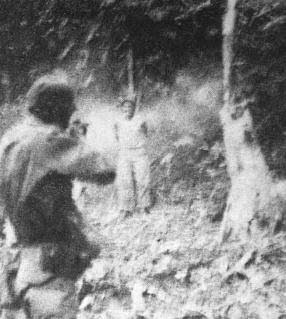 And more than forty -eight years after the above photo was taken, Castro and his gang of murderers continue to send to the firing squad those Cubans who oppose the Marxist Revolution. (Real Cuba)

“You’re still following that line?… That was 40 years ago.”

It’s unlikely those Cubans who lost loved ones, family members, homes and property would just shrug off Castro’s murderous record like self-proclaimed Christian Michael Moore.
What a pathetic man.

Exit Question: Moore told Hannity that he mentioned Harold Raines and mistress of disaster Jamie Gorelick in his movie. Does anyone know if this is true or not?