Last year abortion survivor Gianna Jessen joined Born Alive Truth in a campaign to shine light on Barack Obama’s horrific record on infanticide. Gianna, who had survived as a baby after being aborted, pointed out that–
Obama voted 4 times to support infanticide:

Now, Barack Obama is forcing a private Catholic institution to cover abortion in its insurance plan. 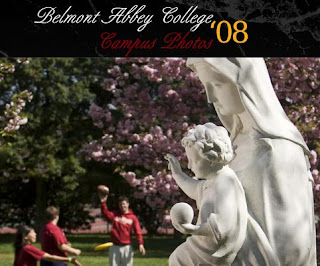 The Becket Fund for Religious Freedom sent out an alert tonight warning that the Obama Administration has started a campaign to punish private pro-life institutions.

The Obama Administration is working to erase respect for conscience from health insurance and the law in general…
,,,Don’t believe me?

In his address at the University of Notre Dame, Obama talked a good game about respecting conscience on abortion rights. He did the same thing when he met the Pope.
But that was all it was — talk.

The Obama Administration’s attack on Belmont Abbey College proves that.

Belmont Abbey College is a small, private, Catholic college located in North Carolina. For 130 years, it and the Benedictine monks who run it have been dedicated to handing on the Catholic faith.

But the Obama Administration is now trying to force them to abandon that faith or go out of business.

You see, the Administration at Belmont Abbey College removed contraception, abortion, and voluntary sterilization from its faculty’s health care policy after discovering it had accidentally been a part of existing plans.

Employees of the school who objected to this change in policy brought a complaint against the school accusing them of “gender discrimination.”

This accusation against Belmont Abbey College couldn’t be further from the truth.

Belmont Abbey College was not discriminating against women. Unlike many “believers in name only” the college was adhering to the principles of its faith.

At first, the Equal Employment Opportunity Commission (EEOC) found no evidence of gender discrimination by Belmont Abbey College… After a few weeks, the EEOC mysteriously reversed course and announced, in effect, that the college had better toe the Administration’s line, or else.

They are now demanding the school go against the very principles it exists to serve.

Killing or funding the killing of unborn children has nothing to do with promoting human health. And including these atrocities in every “health care” plan — no matter how shrewdly hidden or diplomatically stated – violates the consciences of Catholics everywhere.
No Catholic college or other religious institution should ever be required by the government to violate its moral beliefs …

… Which is why I’m asking for your help today.

Your immediate support for the defense of Belmont Abbey College is VITAL, not only for Belmont Abbey, but for all religious institutions in America.

Too many were silent when Obama went to Notre Dame. As a result his Administration has been emboldened to attack all Catholic institutions. Now, they are shamelessly picking on a small Catholic college – Belmont Abbey.

Tomorrow it could be your local church, the parochial school you send your kids to, it could be the Jesus bumper sticker on your car…

If Obama is given the opportunity to attack even the oldest and most respected religious establishments across the country, what will be next?