But, the Hondurans are fighting back against Obama’s misguided foreign policy. They announced that they will arrest the corrupt Zelaya if he tries to set foot on Honduran soil. The leftist thug Zelaya is currently hiding out in the Brazilian Embassy in Honduras. 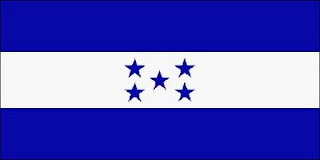 But the chairman’s office claimed that the DeMint trip was stopped because the South Carolina Republican is blocking two of President Barack Obama’s nominations: Auturo Valenzuela, Obama’s nominee to be assistant secretary of state for Western Hemisphere Affairs, and Tom Shannon, the current assistant secretary and nominee to be ambassador to Brazil.

On Thursday morning, the freshman Republican announced that he would lead a congressional delegation to Honduras on Friday ahead of the country’s Nov. 29 elections. The U.S. State Department, which acknowledges ousted President Manuel Zelaya as the legitimate ruler of the Central American nation, has said it will not recognize the contests because of ongoing political turmoil.

“No U.S. Senator has yet been to Honduras to assess facts of crisis. [Kerry] & Obama admin using bullying tactics to hide truth,” DeMint, who also sits on the Foreign Relations panel, said on Twitter after he heard the trip would not occur.

UPDATE: Fausta is reporting that DeMint’s trip is back on.