For years now the Democratic Party has been openly meeting and the European Socialists.

Howard Dean poses with the European Socialists at the Socialist Summit in December 2007. 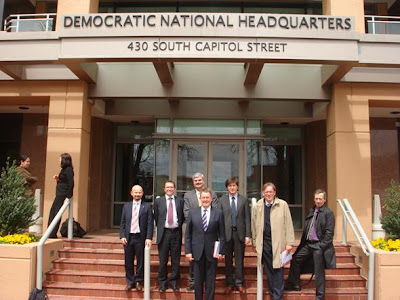 The delegation posed for a photo in front of the DNC headquarters in Washington DC.

Now the two coordinated groups are working on a “Global New Deal.”
Founding Bloggers has an exclusive report on the Democratic Party-European Socialist alliance including photos from several meetings.