The art.
The New York Times droned on about the modern art collection the Obama’s brought with them into the White House. 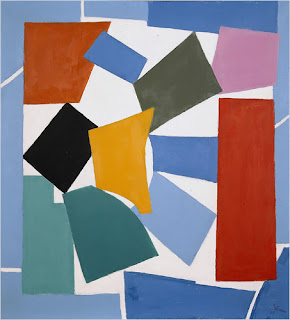 The Watusi, was created by Alma Thomas, who is described by the NYTimes as “a longtime Washington resident who is an African-American painter.”

It’s just too bad that it is a fake.

Beezlebubba at Free Republic is familiar with the original. The Snail or The Snail (L’escargot), by Henri Matisse, [summer 1952-early] 1953, Gouache on paper, cut and pasted, on white paper, is from the Tate Gallery collection in London. 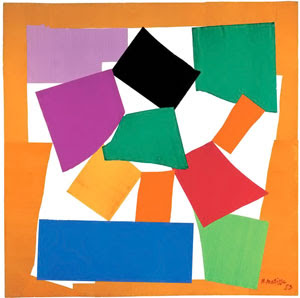 It even has its own Wikipedia entry.

Snapped Shot confirms with a motion graphic that the two pieces are exactly the same.
Dan Riehl has an animated overlay of the two pieces.
Nice job, Barack.

More… To be fair Alma Thomas later said that her piece was a “response” to Henri Matisse’s late gouaches…
She responded to it so well she copied it.