So where does a far left political operative land after his organization is fined $775,000 for election violations that included hiring rapists and burglars to register voters?
Inside the Obama White House, of course. 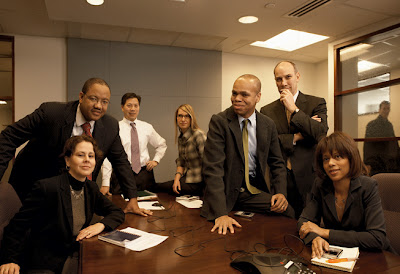 There have been several articles written lately about Barack Obama’s ACORN advisor, Patrick Gaspard, who is currently serving in the White House. Gaspard has a long history of working with ACORN-affiliated organizations.
Erick Erickson at RedState reported on Gaspard’s close ties to ACORN:

The story in a nutshell:

•Bertha Lewis is the CEO of ACORN.
•In a review of Lewis’s contacts list, which was leaked to RedState, Bertha Lewis has the office, cell phone, home number, and private personal email address of Patrick Gaspard.
•Patrick Gaspard holds Karl Rove’s position in the White House and was Obama’s Political Director during the campaign.
•In addition to Patrick, Bertha has Patrick’s brother Michael in her rolodex. She lists Michael as working at the Advance Group.
•The Advance Group is ACORN’s lobbying organization.
•In other words, besides having Obama’s political director’s contact info, the political director’s brother works for ACORN via its lobbying shop

Matthew Vadum at The American Spectator has more on Patrick Gaspard.

Lewis, the current “chief organizer” or CEO of ACORN, was head of New York ACORN from at least 1994 through 2008, when she took over as national leader of ACORN. With Gaspard at work in the White House, Lewis might as well be speaking to President Obama through an earpiece as he goes about his daily business ruining the country.

But that’s not all.
In 2008 Barack Obama hired Patrick Gaspard, a top official of the powerhouse New York-based healthcare workers union 1199, an SEIU affiliate and the largest local union in the country. In 2004, Patrick Gaspard Served As National Field Director For 527 Organization America Coming Together, a group that was later fined $775,000 in civil penalties by the federal government.

ACT hired dozens of felons some convicted of sex offenses, assault and burglary – to conduct door-to-door voter registration drives in Missouri and at least two other swing states. America Coming Together employed felons as voter canvassers in major metropolitan areas in Missouri, Florida, Ohio and perhaps in other states among the 17 it targeted in its drive. Some of the felons lived in halfway houses, and at least four returned to prison.

Seven of the ACT employees lived at Missouri halfway houses and at least four returned to prison. Because of this the Missouri Department Of Corrections banished ACT from its pool of potential employers for parolees, saying, “They did not want offenders handing sensitive personal information.” The names of two of the ACT employees even matched those of people convicted of murder and rape. ACT was also good at getting the dead voters signed up in time for the election.

So after his organization was fined $750,000 for election violations that included hiring rapists and burglars (and possibly murderers) to canvass for his far left group, Patrick Gaspard was hired into the Obama White House.
Of course, none of this surprises us.

By the way– Democratic candidate for US Senate Robin Carnahan employs a former ACT staffer– Laura Egerdal as her communications director.

UPDATE: Kyle Olson at Big Government has much more on the radical Patrick Gaspard.