Yesterday, news broke out that Barack Obama’s communist Green Czar was a 9-11 Truther. The administration much later in the day released a statement saying Van Jones was “not now or ever” involved in the 9-11 Truther movement.

Jones said the petition he signed in 2004 did not reflect his views and that he did not carefully review the language in the petition before agreeing to add his name.

Not true.
This article at Rense.com from 2002 links Van Jones to the 9-11 Truther movement at its infancy: 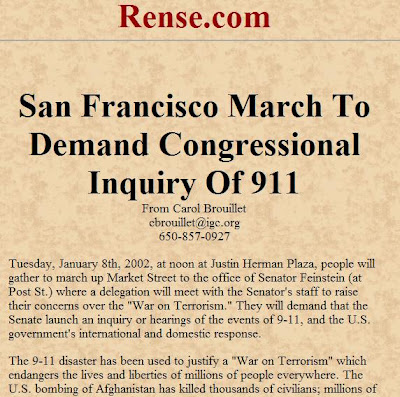 And, here is a list of members involved with the organization including Van Jones: 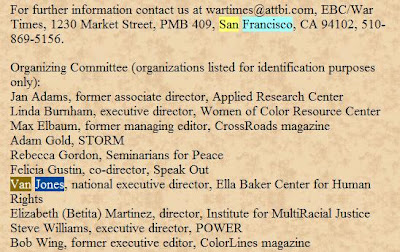 It looks like the well-oiled Axelrodian machine in the White House forgot about Google when they released their statment.
Bummer.