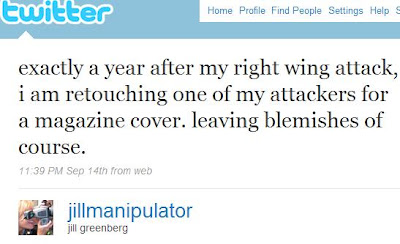 exactly a year after my right wing attack, i am retouching one of my attackers for a magazine cover. leaving blemishes of course. 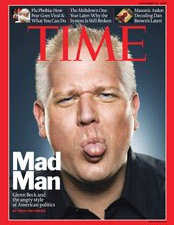 This crazy nut doesn’t learn.
The hardcore democrat purposely distorted photos of Senator John McCain for an Atlantic cover shot last year and then bragged about it on her blog. 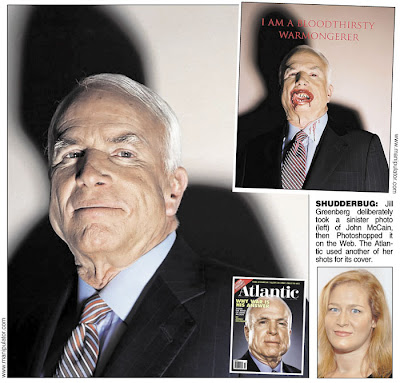