The radical left is now teaching American youth to sing praises to Obama:

From the video: This was filmed around June 19, 2009 at the B. Bernice Young Elementary School in Burlington, NJ.

Barack Hussein Obama
He said that all must lend a hand [?]To make this country strong again
Mmm, mmm, mm!

Barack Hussein Obama
He said that we must take a stand
To make sure everyone gets a chance
Mmm, mmm, mm!

Barack Hussein Obama
He said Red, Yellow, Black or White
All are equal in his sight
Mmm, mmm, mm!

Of course, we’ve seen this sort of thing before. 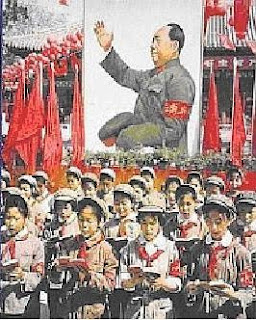 More… Now there are Dear Leader propaganda quizzes for your child, too.