“The president’s proposals would give unelected officials life-and-death rationing powers.” 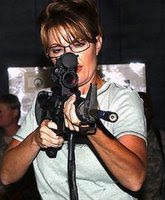 How can we ensure that those who need medical care receive it while also reducing health-care costs? The answers offered by Democrats in Washington all rest on one principle: that increased government involvement can solve the problem. I fundamentally disagree.

With all due respect, Americans are used to this kind of sweeping promise from Washington. And we know from long experience that it’s a promise Washington can’t keep.

Let’s talk about specifics. In his Times op-ed, the president argues that the Democrats’ proposals “will finally bring skyrocketing health-care costs under control” by “cutting . . . waste and inefficiency in federal health programs like Medicare and Medicaid and in unwarranted subsidies to insurance companies . . . .”

First, ask yourself whether the government that brought us such “waste and inefficiency” and “unwarranted subsidies” in the first place can be believed when it says that this time it will get things right. The nonpartistan Congressional Budget Office (CBO) doesn’t think so: Its director, Douglas Elmendorf, told the Senate Budget Committee in July that “in the legislation that has been reported we do not see the sort of fundamental changes that would be necessary to reduce the trajectory of federal health spending by a significant amount.”

Now look at one way Mr. Obama wants to eliminate inefficiency and waste: He’s asked Congress to create an Independent Medicare Advisory Council—an unelected, largely unaccountable group of experts charged with containing Medicare costs. In an interview with the New York Times in April, the president suggested that such a group, working outside of “normal political channels,” should guide decisions regarding that “huge driver of cost . . . the chronically ill and those toward the end of their lives . . . .”

Given such statements, is it any wonder that many of the sick and elderly are concerned that the Democrats’ proposals will ultimately lead to rationing of their health care by—dare I say it—death panels? Establishment voices dismissed that phrase, but it rang true for many Americans. Working through “normal political channels,” they made themselves heard, and as a result Congress will likely reject a wrong-headed proposal to authorize end-of-life counseling in this cost-cutting context. But the fact remains that the Democrats’ proposals would still empower unelected bureaucrats to make decisions affecting life or death health-care matters. Such government overreaching is what we’ve come to expect from this administration.

Speaking of government overreaching, how will the Democrats’ proposals affect the deficit? The CBO estimates that the current House proposal not only won’t reduce the deficit but will actually increase it by $239 billion over 10 years. Only in Washington could a plan that adds hundreds of billions to the deficit be hailed as a cost-cutting measure.