Protester Speaks Out After Finger Bit Off By Deranged MoveOn.org Criminal (Video)

William Rice, the man who lost his finger after it was bit off last night by a MoveOn.org thug, spoke to Neil Cavuto later today:

Ventura County Star: William Rice, 65, of Newbury Park also confirmed reports that he threw the first punch in the confrontation that claimed part of his left pinky.

Editor’s note: Bill Rice joined The B-Cast during our live webcast Thursday afternoon. The extended interview, including a more detailed account of the circumstances — and the surprise reason Rice was really at the scene (it wasn’t about health care), can be found in the related links section below.

Here is a photo of the MoveOn.org biter: 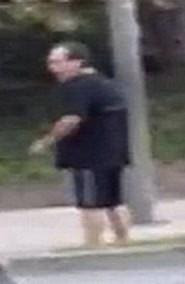