Join thousands of Americans who stand for human rights and freedom at the “Stand for Freedom in Iran Rally” as President Mahmoud Ahmadinejad addresses the UN General Assembly. 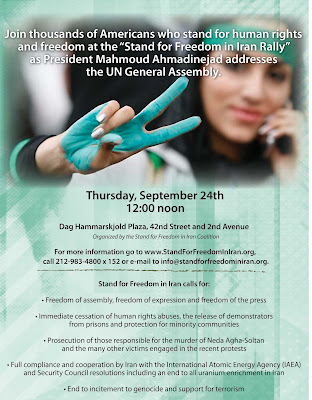 Organized by the Stand for Freedom in Iran Coalition