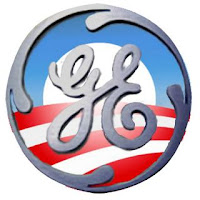 This will give you a thrill up your leg…
GE, the parent company of MSNBC, will be rewarded by democrats in the climate bill.
Green Hell Blog reported, via The Corner:

Sen. Barbara Boxer’s climate bill set to be released today contains a provision that will compensate General Electric quite nicely for its lobbying and media efforts promoting climate legislation.

General Electric is the world’s largest manufacturer of commercial and military jet engines, a business worth about $12 billion in annual revenues.

So the Boxer bill would compel airlines and the military, when purchasing new aircraft and new aircraft engines, to purchase more expensive “green” engines made by GE, according to standards set by the current and GE-lobbied Obama administration.