Jimmy did it again.

Former President Jimmy Carter reiterated Wednesday that he believes racism is an issue for President Obama in trying to lead the country.

“When a radical fringe element of demonstrators and others begin to attack the president of the United States as an animal or as a reincarnation of Adolf Hitler or when they wave signs in the air that said we should have buried Obama with Kennedy, those kinds of things are beyond the bounds,” the Democrat who served from 1977-1981 told students at Emory University.

“I think people who are guilty of that kind of personal attack against Obama have been influenced to a major degree by a belief that he should not be president because he happens to be African American.

Of course, it never bothered him when Bush was compared constantly to Hitler.
And, of course, there were no signs that said “bury Obama” but why be factual when it’s so much easier to smear your opponents? 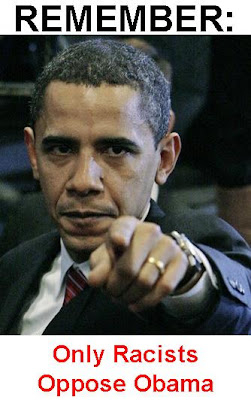