Clearly this organization lost its way a long, long time ago…
The NAACP, a once great human rights group, released a statement today in support of Barack Obama’s communist-Truther, whitey-hating, Jew-hating, cop killer supporting, Green czar in the White House. 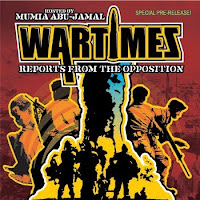 Instead, the NAACP is blaming Glenn Beck.

NAACP Continues its Support of Special Advisor of Green Jobs Van Jones and the White House Green Jobs Initiative. The NAACP is calling for civility in the national discourse on safe, clean communities and sustainable sources of domestic energy. It is time to end the personal attacks on administration officials as a distraction to crucial discussion on our nation and our world’s environmental conditions.

“It is sad and unfortunate that our nation’s precious airwaves and cable television time are being occupied with the unscrupulous, diversionary tactics launched by right wing extremists such as Glenn Beck. These desperate tactics divert America’s attention and intellectual resources away from issues affecting our families and communities. These life-and-death concerns are being overshadowed by employing ruthless attacks against Van Jones, White House Special Advisor for Green Jobs and dedicated advocate for safe, clean and healthy communities.

Van Jones has established himself through his many years in public service as a hardworking advocate for positive, progressive change. He is a devoted husband and father. Mr. Beck and the other news services’ portrayal of Mr. Jones to the contrary is not only distracting and disingenuous but harmful and destructive.

Apparently, pointing out Van Jones’ own radical statements and support for communism is being “disingenuous” and “distracting.”
Explain that one.