What did you expect? 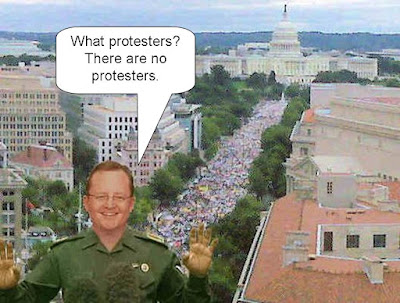 Hat Tip Ed S.
When the state-run media acts as an arm of the administration this is what you get. 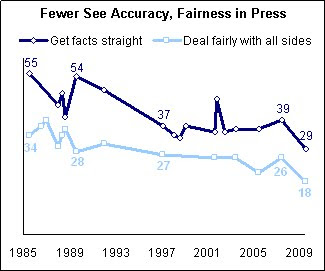 The public’s assessment of the accuracy of news stories is now at its lowest level in more than two decades of Pew Research surveys, and Americans’ views of media bias and independence now match previous lows.

Just 29% of Americans say that news organizations generally get the facts straight, while 63% say that news stories are often inaccurate. In the initial survey in this series about the news media’s performance in 1985, 55% said news stories were accurate while 34% said they were inaccurate. That percentage had fallen sharply by the late 1990s and has remained low over the last decade.

Wow. And, that doesn’t even include the stories the media ignores that would hurt Dear Leader and his party faithful.