The US state-run media mostly ignored this- 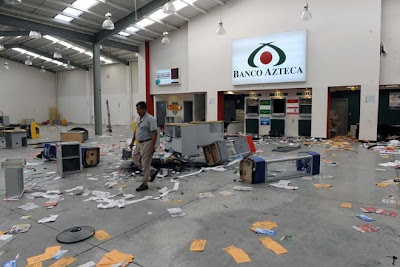 (Noticias 24)
Leftist thugs ransacked the Honduran capital after news broke that ousted leader Manuel Zelaya had returned to the country and was hiding in the Brazilian embassy.

Virtually every private car in the area of the Brazilian Embassy where Zelaya is hiding was damaged by breaking out some or all of the windows and ruining the tires. Ironically, Mel Zelaya’s own mother’s car was parked on the street and was likewise vandalized.

Private homes in the area were broken into and robbed. Citizens were assaulted. Death threats were sprayed unto neighbors’ walls. Mountains of trash were strewn in the streets.

At least one woman’s house was completely ransacked, robbed, and her two employees were terrorized. The Zelayistas smoked marijuana as they destroyed and smashed everything in her house up to and including the ceilings, doors, and windows − the video of her home shown on the news was horrifying. Other neighbors were terrorized, assaulted, threatened with rape, and forced to prepare food by the rioters while they were being robbed. Numerous citizens called the police about home invasions. 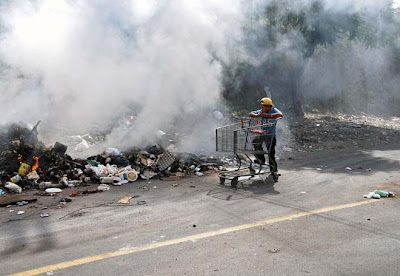 The leftist thugs ransacked banks and stores in the Honduran capital. (Noticias 24)