It Has Begun… Far Left Says Van Jones Was "Swiftboated" 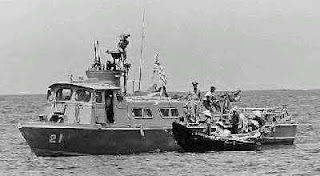 (Winter Soldier)
The Far Left today mourned the loss of their communist-Truther Green hero in the White House.
SFGate reported, via Free Republic:

The middle-of-the-night resignation Sunday of longtime Bay Area activist Van Jones as a White House environmental adviser left many progressives angry at the Obama administration for buckling to conservative criticism of Jones’ controversial past comments and actions.

…Supporters say the administration surely knew his background when they appointed Jones, the first African American to write a best-selling environmental book, as special adviser for green jobs at the White House Council on Environmental Quality. In fact, agents interviewed at least one of his former supervisors in San Francisco – Eva Paterson – when the FBI vetted his appointment.

But few stepped up to protect Jones during the past few weeks.

“He was swift-boated,” said Medea Benjamin, a co-founder of the anti-war group Code Pink and a San Franciscan who has known Jones for 15 years. She spoke to him recently and said he was “very conflicted” about whether to resign.

But with Obama facing an uphill battle to gain bipartisan support on health care, as Jones said in his resignation statement Sunday, “I cannot in good conscience ask my colleagues to expend precious time and energy defending or explaining my past.”