An Iranian Regime thug punched a female protester outside the Inter-Continental Hotel in New York City during General Assembly Week at the United Nations.

Larry Klayman, the Chairman of Freedom Watch, arrived on the scene after the attack and described the situation to the reporter. Klayman said the Iranians filed a charge against the woman after they punched her in the face.
Here’s the video report on the assault:

Iranian human rights activist A. Zarezadeh chased down the regime thug and would not let him escape. 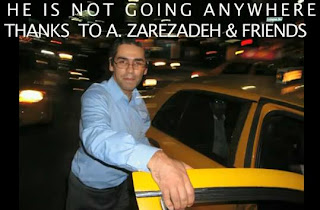