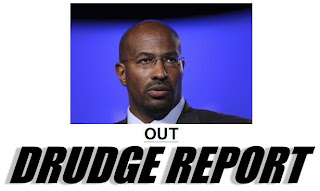 The American people stood up and demanded answers. Instead of providing them, the Administration had Jones resign under cover of darkness. I continue to be amazed by the power of everyday Americans to initiate change in our government through honest questioning, and judging by the other radicals in the administration, I expect that questioning to continue for the foreseeable future.

Don’t let the door hit you.