CNN announced that Dear Leader received a double-digit post-speech jump in support after he spewed his “iffy” lies and omissions to America: 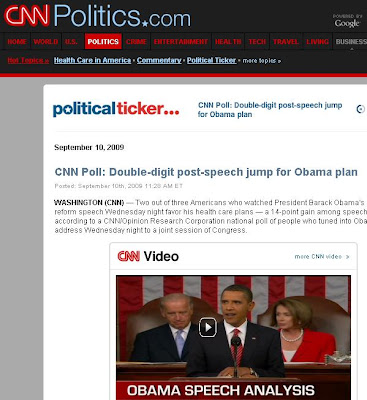 The sample of speech-watchers in this poll was 45 percent Democratic and 18 percent Republican.

In the real world, conservatives outnumber liberals nearly 2 to 1 in America today.

Of course, this CNN scandal surprises no one.