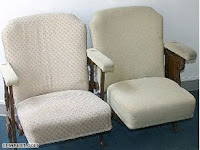 The seats that Barack and Michelle Obama sat in during their $24,000 date will be auctioned off by lefties.
CNN reported:

The seats Barack and Michelle Obama sat in while watching a Broadway play during a “date” in New York City are now on the auction block for charity.

The money will go to Broadway Cares / Equity Fights AIDS. According to their Web site, Broadway Cares is “the nation’s leading industry-based, not-for-profit AIDS fundraising and grant making organization.”

The seats – K101 and K102 – belonged to the Belasco Theater, the second oldest house on Broadway that is currently being renovated. The Obamas saw the show “Joe Turner’s Come and Gone” in late May as part of a “date” the president took the first lady to in New York City.

Shouldn’t this money go back to the taxpayers?