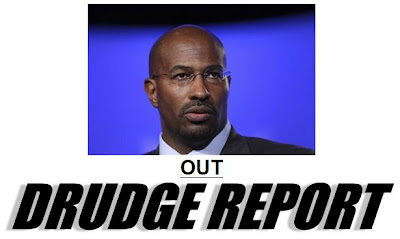 Will The New York Times finally report on this story now?…
Or, will they ignore this too?
Scott Johnson adds:

“Jones was also a perfect symbol of the dereliction of the mainstream media in the Age of Obama. Those who rely on the New York Times for their news, for example, will learn of Jones’s departure some time soon, but it will come as a great surprise to them.”

Barack Obama’s communist-Truther Green Czar resigned on Saturday night.
It looks like the FOX News All Stars were right. They predicted he’d be gone by Monday. 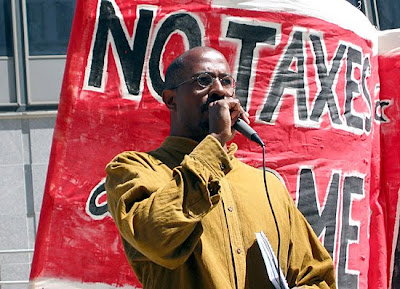 Kristinn found another report of Van Jones bashing cops to their faces.

World Net Daily has a report.

“On the eve of historic fights for health care and clean energy, opponents of reform have mounted a vicious smear campaign against me,” Jones, special adviser for green jobs at the White House Council on Environmental Quality, said in a statement announcing his resignation just after midnight Saturday. “They are using lies and distortions to distract and divide.”

He continued: “I have been inundated with calls — from across the political spectrum — urging me to ‘stay and fight.’ But I came here to fight for others, not for myself. I cannot in good conscience ask my colleagues to expend precious time and energy defending or explaining my past. We need all hands on deck, fighting for the future.”

Good-bye, victim.
Don’t let the White House door hit your communist butt on the way out.

Here’s a nice plug from another Washington Post article:

Fox News Channel host Glenn Beck all but declared war on Jones after a group the adviser founded in 2005, ColorofChange.org, led an advertising boycott against Beck’s show to protest his claim that Obama is a racist.

But reporters peppered the White House with questions about Jones after the blogger Gateway Pundit reported Thursday that in 2004 Jones had signed a petition circulated by the group 911Truth.org about the 9/11 attacks.

Funny… It wasn’t that long ago that Van Jones was bashing Rumsfeld for resigning.