Following the news this morning that Barack Obama’s caommunist-Truther Green Czar was linked to the Truther movement back in 2002, Jake Tapper tweeted that he was told that Van Jones spent a very brief time with The War Times as their business department: 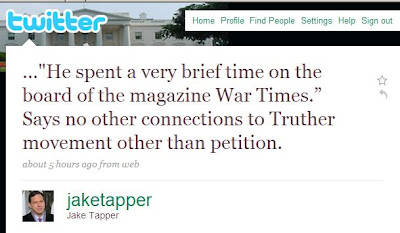 The War Times is a poisonous anti-American, pro-jihadi hate-filled far left monthly paper that began publishing in January 2002. Van Jones was instrumental in the creation of this publication and sat on its board for at least the first year and a half of its existence.

Van Jones worked for The War Times when it was first released in January 2002.

Van Jones continued to work in the business department at The War Times in June 2002 (pdf) –six months into the project: 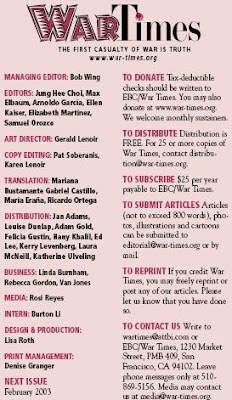 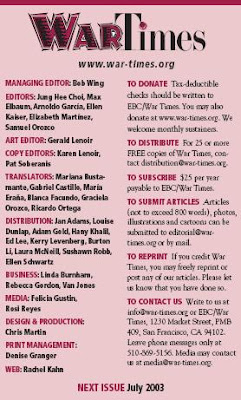 Van Jones not only helped start up the Far Left anti-American publication, he sat on its board for at least a year and a half.

This was from his “Prepare to Govern” speech on how the government “enshrined torture.”

UPDATE 2: The Truthers who, along with Van Jones, said they were misrepresented by the Truther petitioners were found out to be Truthers after all.
Don’t expect the state-run media to report this.