ABC and NBC have refused to run an anti-Obamacare ad.
This is after ABC aired an Obamacare infomercial from the White House earlier this year and refused any response from conservatives. 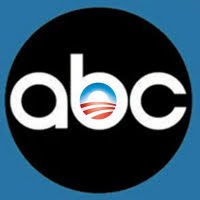 The networks refuse to run this ad by League of American Voters:

The refusal by ABC and NBC to run a national ad critical of President Obama’s health care reform plan is raising questions from the group behind the spot — particularly in light of ABC’s health care special aired in prime time last June and hosted at the White House.

The 33-second ad by the League of American Voters, which features a neurosurgeon who warns that a government-run health care system will lead to the rationing of procedures and medicine, began airing two weeks ago on local affiliates of ABC, NBC, FOX and CBS. On a national level, however, ABC and NBC have refused to run the spot in its present form.

“It’s a powerful ad,” said Bob Adams, executive director of the League of American Voters, a national nonprofit group with 15,000 members who advocate individual liberty and government accountability. “It tells the truth and it really highlights one of the biggest vulnerabilities and problems with this proposed legislation, which is it rations health care and disproportionately will decimate the quality of health care for seniors.”

Adams said the advertisement is running on local network affiliates in states like Louisiana, Arkansas, Maine and Pennsylvania. But although CBS has approved the ad for national distribution and talks are ongoing with FOX, NBC has questioned some of the ad’s facts while ABC has labeled it “partisan.”

“The ABC Television Network has a long-standing policy that we do not sell time for advertising that presents a partisan position on a controversial public issue,” spokeswoman Susan Sewell said in a written statement. “Just to be clear, this is a policy for the entire network, not just ABC News.”