Obamacare supporters will launch a massive TV ad campaign this week.
Their current persuasion techniques were met with resistance. 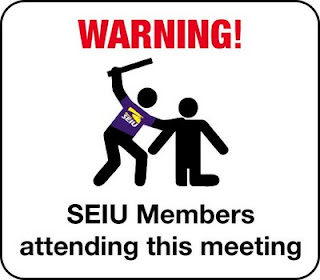 Several pro-Obamacare groups will launch a television ad campaign this week to combat grassroots activists against the planned government takeover of the health care industry.
The Politico reported:

A new coalition on Thursday launched $12 million in television ads to support President Barack Obama’s health reform plan, in the opening wave of a planned tens of millions of dollars this fall.

The new group, funded largely by the pharmaceutical industry, is called Americans for Stable Quality Care. It includes some odd bedfellows: the American Medical Association, FamiliesUSA, the Federation of American Hospitals, PhRMA and SEIU, the service employees’ union.

The decision of labor and progressive groups to join with industry groups could draw new heat about the president’s package from the left.

The ads began airing at about 11 a.m. ET Thursday.

The group is likely to be the biggest spender in support of health reform. The campaign will serve as a counterweight to the critics at town meetings, which are getting saturation news coverage while Congress is out of town.

In a reversal from former President Bill Clinton’s 1993-94 health care debacle, the group’s campaign is likely to mean that White House supporters keep the upper hand on the airwaves.

UPDATE: Astroturf Alert– Team Obama will pay $15 an hour to its “volunteers” to push their socialized health care plan.