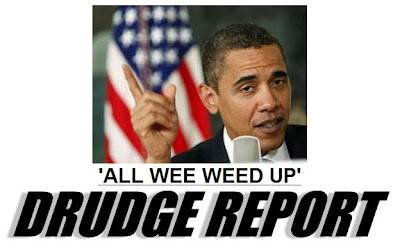 Barack Obama insisted today to an audience of supporters and union thugs that the euphoria of Hopenchange was here to stay.
Breitbart reported:

US President Barack Obama launched a mocking counter-attack Thursday at pundits who believe the euphoric early promise of his presidency is evaporating amid bitter political warfare.

Obama, who has watched his poll ratings dip sharply over recent months, drew comparisons to his 2008 presidential campaign, which was several times all but written off by media experts who set prevailing political wisdom.

Then Obama drew parallels to the media frenzy that greeted the nomination of firebrand Republican vice presidential nominee Sarah Palin in 2008.

“The media was obsessed with it, cable was 24 hours a day,” Obama told a friendly audience of grass-roots Democratic activists at a Washington forum broadcast live over the web.

“‘Obama’s lost his mojo,’ you remember all that?

“There is something about August going into September where everybody in Washington gets all wee weed up!”

Fortunately for Obama the democrat-media complex was there to destroy Sarah Palin for him last year.

Unfortunately for Obama he gave this speech right before Zogby released their latest numbers which show that Dear Leader has dropped to a 45% approval rating— a new alltime low for the young president 6 months into office.