New York Gathering of Eagles has a report on the Long Island Tea Party Protest.

Obamabots tried to crash a Tea Party protest on Long Island. It was an epic fail. 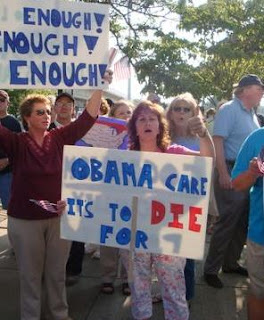 The great Pamela Geller spoke at the event.