The pressures of the job are getting to him.
President Obama was very worked up over the revised record debt, record deficit and record unemployment numbers released today.

It threw off his chipping game… 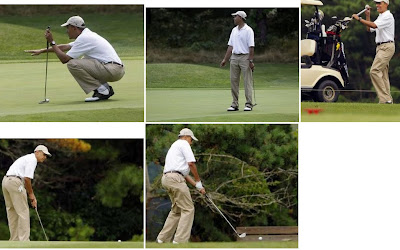