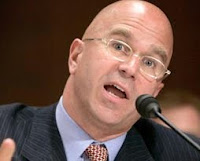 Barack Obama will appear on The Michael Smerconish Show today on talk radio.
Catman’s Litterbox has the details:

Word is out that Obama is to appear on a “conservative talk show” tomorrow, Thursday August 20th.I don’t know how “conservative” it is since the host, Michael Smerconish (former trial lawyer), openly endorsed Obama’s campaign.

Allegedly Obama will be taking calls from listeners. Personally, I think the calls will be all pre-screened by a battery of DNC monkeys manning the phones.

You can view Smerconish’s website here at MASTALK.COM.Smerconish’s show is hosted at the studios of WPHT, in Philadelphia. His on air time starts at 0500 local time. If you want to try to get in and take a swing at the Comandante and Thief, you can call in to the show at 877-434-1776.

Maybe if you claim to be an SEIU or ACORN member they’ll put you on(?)

The WaPo has more:

Shortly after 1:00 p.m., Michael Smerconish hosts Obama on his radio program, which the president invited Smerconish to broadcast live from the White House.

OK. Here’s a little more information on the appearance:

The president will appear from 1:10 to 1:30 p.m. Eastern time today, with some cable networks expected to carry the program live and the audience likely to pepper him with pointed questions.

You’ve just gotta love how certain elitists claim to be conservative but backed a radical pro-infanticide socialist for president.

UPDATE: Not your typical conservative… 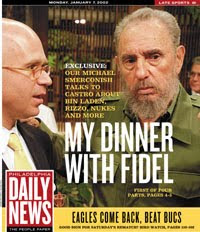