The democrat-media complex is piling on Andrew Breitbart today for tweets like this: 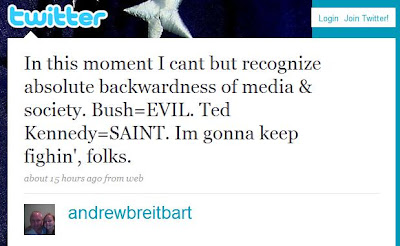 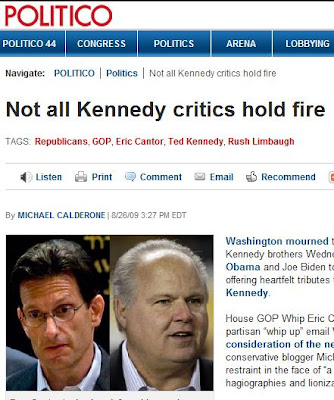 The Politico published a report “Not All Kennedy Critics Hold Fire” with a photo of Cantor.
But, as you read the article you find out Cantor, “took a break from his usual partisan “whip up” email.”
Like the earlier comments by Nancy Pelosi and Chris Matthews even the death of Teddy Kennedy could not keep the libs from playing politics.

Rush was right. It took the Left less than 24 hours to push for “Kennedycare.”

UPDATE: Sweetness and Light reminds us of Kennedy’s treasonous message to the Soviets today– something the media seemed to overlook.