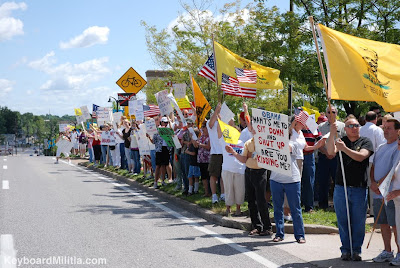 Mark P. sent this shot from one of the St. Louis rallies today- Awesome!

Hundreds of protesters rallied against Obamacare today at Senator Claire McCaskill’s office on Delmar Boulevard in St. Louis, Missouri.
Her office was closed today so they didn’t have to lock us out and call the cops. 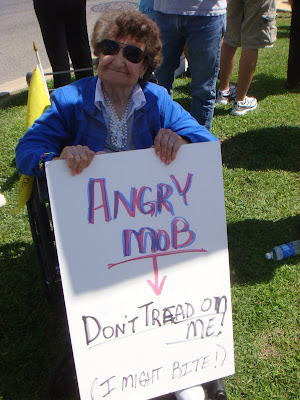 Kenneth Gladney was back at the rally today selling his “Don’t Tread On Me” flags. 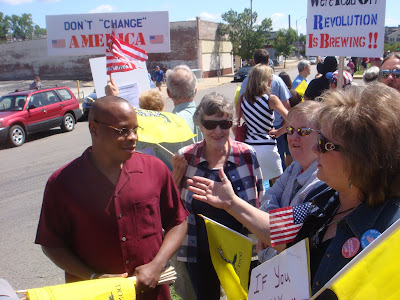 He said his knee was still sore from his beating by the pro-Obama SEIU members. Ken also told us he wasn’t going to let that incident keep him from the protests.

Here’s video from the protest today complete with fifes and drum playing:

Jim Durbin from 24th State and myself revved up the mob at the protest. Things got so out of hand they started singing “God Bless America.”

The ACORN bus did not arrive on time so there were only about 15 pro-Obamacare kids across the street trying to stir things up. 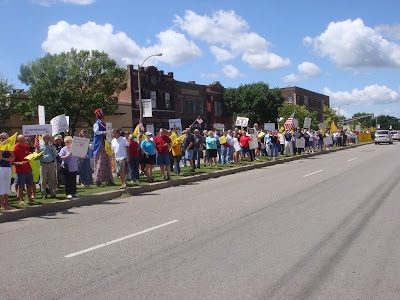 Here’s another shot of Kenneth Gladney- 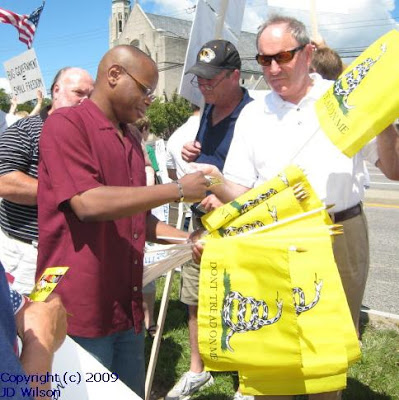 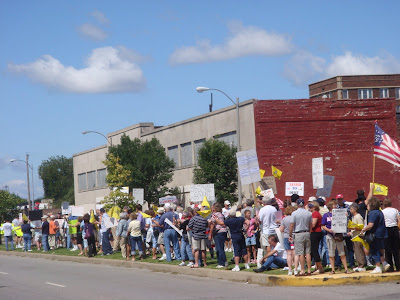 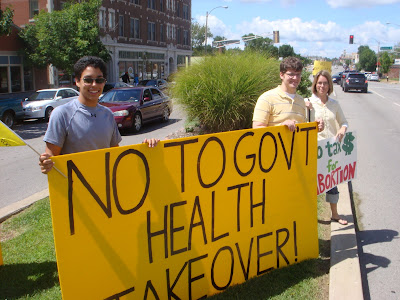 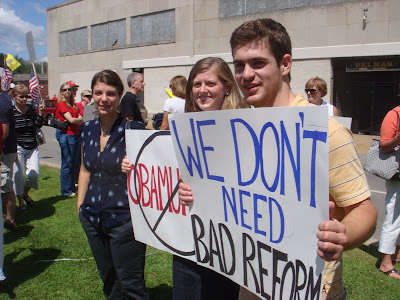 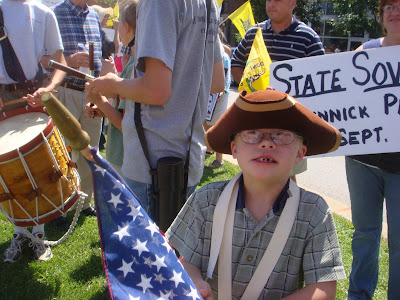 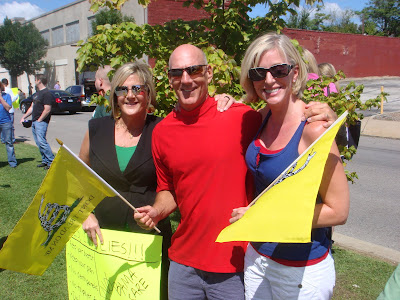 Here’s a tip for the local police. We certainly respect the good work that you do. 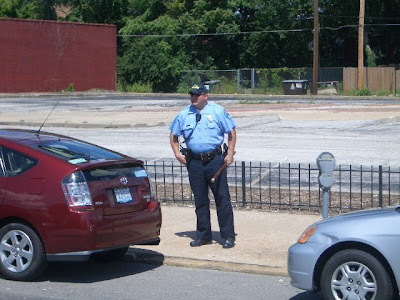 However, individuals told me they were uncomfortable with the policeman walking up and down the street swinging his club around.
Thanks to Jenny K. for the photo.

The Blog Prof has pictures from the Birmingham, MI rally where over 1,000 people showed up.
Conservative Teacher has more from Michigan.

** The Recess Rally homepage has information on the hundreds of rallies held today across the United States.

Glenn Reynolds has a Recess Rally roundup.
Here’s a good report from the Miami rally.

More…m> This was good.
A Tuscon citizen reporter asked the locals, “Who made your sign?”

A Traditional Life Lived has more from the Carnahan rally on Saturday.