Now, the Left is mocking him.
The racists at Fire Dog Lake lead the charge with this racist photo of Kenneth the silly black man in a wheelchair: 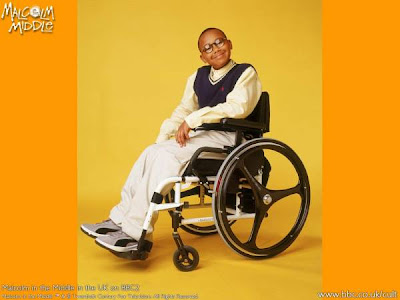 Not only do these racists mock Kenneth’s fragile condition after the beating he endured from Obama-supporting SEIU thugs, they also hurl sexual slurs at him. To these clods, calling a black man n*gger and then beating him is funny.
Classy.

Kenneth Gladney is a fraud, being pimped by tea baggers (aka POLITICAL TERRORISTS)

And, of course, they are repeating the lie that Kenneth is without insurance.

They probably think that smashing women in the face is funny, too.

UPDATE: This came in the email–

BTW,
How does a man not incure any injury during the fall, yet wind up in a wheelchair? I was watching the video and he was walking around just fine after the incident. People don’t immediately jump back up after falling down if they need a wheelchair. You will be exposed for using this man. I am sure Mr. Gaffney would have no problem letting his medical file for this incident be released so we know who the real liar is.

He does not have insurance. THAT IS THE FACT. Irony is lost on the ignorant, I guess that is why you do not get it.

My side won; your side lost. Now go howl into the wilderness for the next 7 years. It’s all you are good at.

NOT a batshit crazy POS wingnut,