Roxana Mayer said she was a pediatric primary care physician at Rep. Sheila Jackson Lee’s town hall meeting and that she was a huge supporter of Obamacare. 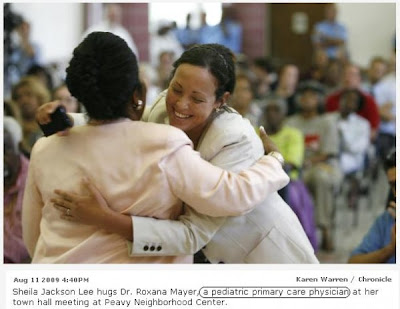 One problem.
She’s not a doctor.
…But, she was an Obama state delegate!