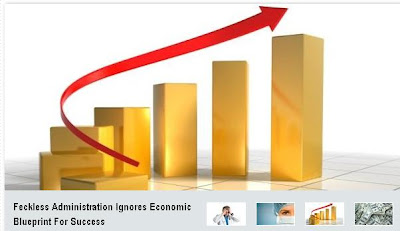 President Bush announced in October 2007 that because of increased tax revenues as a result of the Jobs and Growth Tax Relief Reconciliation Act of 2003 the national deficit was lower than the average of the past forty years. The Bush Administration celebrated the news at the White House website that their tax cuts had worked.

Tax cuts work to promote economic growth, and that economic activity brings in higher revenues to the Federal treasury. This year tax revenues grew by $161 billion to reach $2.568 trillion, the highest level of Federal revenues ever recorded. That’s an increase of 6.7 percent. And it builds on the 14.5 percent and 11.8 percent increase in revenues during the last two years.