The Colorado Democratic Headquarters in Denver was vandalized this morning.
Eleven windows at the headquarters on Santa Fe Drive were shattered early this morning in a vandalism spree. 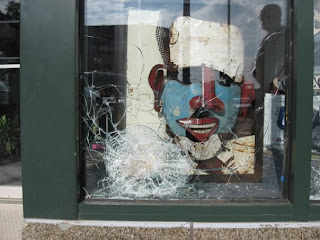 CDP Office Vandalism
The Dems blamed the vandalism on the health care rhetoric.

But, later in the day authorities arrested a 24 year-old Maurice Schwenkler on suspicion of smashing 11 windows at Colorado Democratic Party headquarters. Shwenkler tried to conceal his identity while allegedly committing the crime, according to police descriptions. 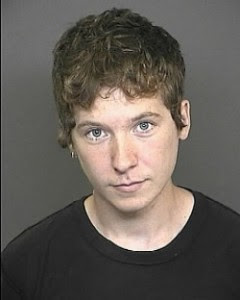 But, the People’s Press Collective did some investigating and found this on Shwenkler:

And, then there is this on Schwenkler from the Denver Post:

While Schwenkler does not appear in the state’s voter registration database, a person by that name in November 2008 received $500 from a political 527 committee called Colorado Citizens Coalition for “communications,” according to campaign finance disclosuares.

The accountant for the 527 appears to be the same woman who handles the books for many other Democratic-leaning political committees.

The Peoples Press Collective has much more on this setup.

More… Moe Lane wants to know– What did the Democratic Party Chairwoman know about this?

UPDATE: Breitbart has a video update on the democratic criminals:

A poster protesting health care reform was plastered on the window!