What Do the Kennedys Mean to You?
Is there a single memory of a member of the Kennedy clan that sticks out in your mind? Do you think they are better known for their work in government, or as a wealthy and powerful family? And with the passing of Sen. Ted Kennedy, do you think another member of the family will emerge as its public leader? Tell us your thoughts…

Sadly, it looks like the thread was astroturfed by GOP nazi mobsters.
Here are the top 6 responses: 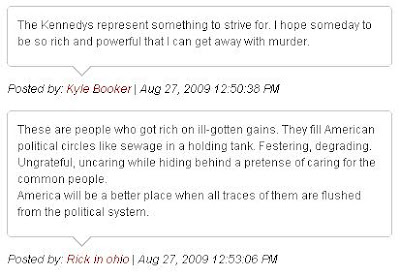 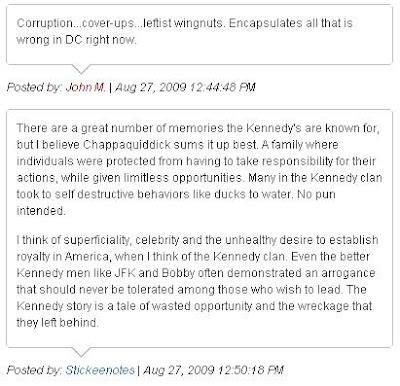 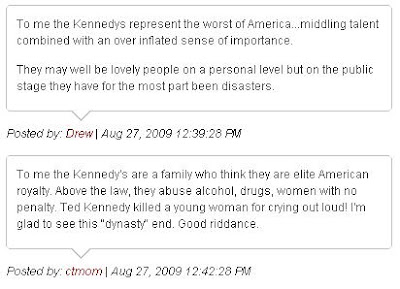 Related… Jules Crittenden has more on the Dems in Mourning.

UPDATE: Even in Detroit Teddy doesn’t get much respect.