Only 32% of Americans favor Obama’s plan for a single-payer system.
Maybe that’s why Democrats are feeling a little resistance at their town hall meetings.

This video shows how ordinary Americans feel about getting socialized health care rammed down their throats by this Congress.
Click On Picture to View Video 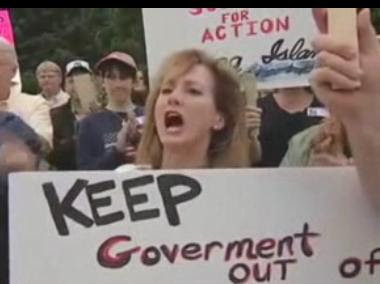 Thirty-two percent (32%) of voters nationwide favor a single-payer health care system where the federal government provides coverage for everyone. A Rasmussen Reports national telephone survey finds that 57% are opposed to a single-payer plan.