Here are a few photos from today’s “Show Us the Bill -Hands Off Our Healthcare” rally in Clayton, Missouri. 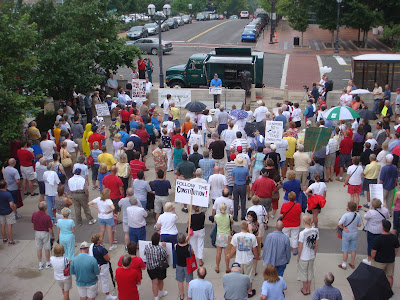 The Show Us The Bill! Hands Off Our Healthcare Event was this morning in Memorial Park in downtown Clayton, MO from 10 – 11 AM. 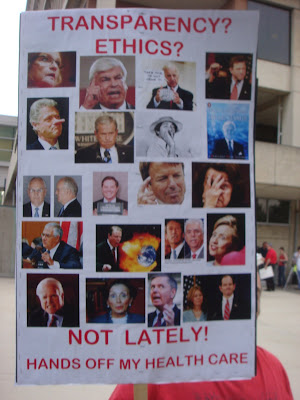 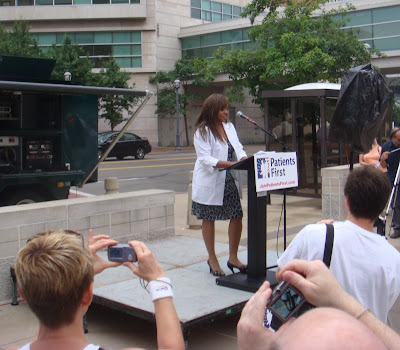 Stephanie Rubach, Critical Care RN, was a hit at the rally. 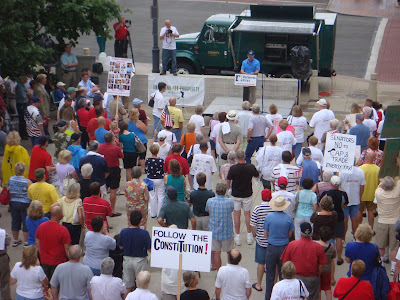 Dr. Tobler speaks out against Obamacare. 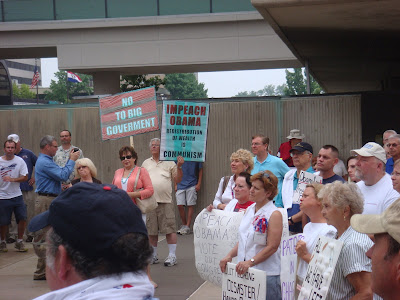 For many in D.C., cutting costs means cutting care – your care. Join Patients First and let Washington know that a one-size-fits-all government plan doesn’t fit all because patients have different needs. 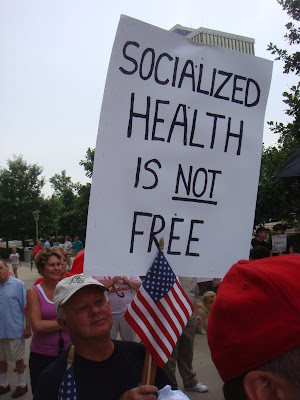 By the way, Fred and Carl did a great job organizing this event. They had refreshments, volunteers taking names, sound, a stage, and radio ads playing this week, and they organized the rally in about 10 days. 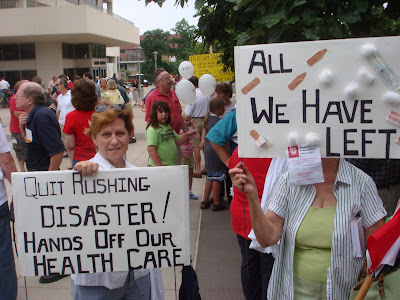 Here is the speech I gave earlier today at the rally.
I spoke about the current government’s reckless spending, debt, deficits, and cramming bills through Congress:

Reboot Congress has an interview with Dr. Tobler on the Obamacare bill posted from the rally today.

24th State has a great video on Obamacare and wait times.

Sharp Elbows has more photos from today’s protest.
This one is good: 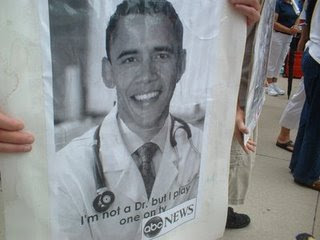 I have just emailed Channels 2, 4 and 5 to complain that there was not any news coverage about the St. Louis “Show Us the Bill- Hands Off Our Healthcare” Rally held in Clayton today. Everyone should do this

Good idea. Here are the websites: