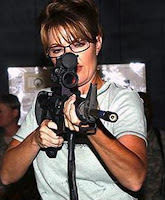 After all of their hard work, this one editorial absolutely destroys the hopes of Obama’s junk scientists.
Every sentence is dripping with truth.
The Washington Post reported:

There is no shortage of threats to our economy. America’s unemployment rate recently hit its highest mark in more than 25 years and is expected to continue climbing. Worries are widespread that even when the economy finally rebounds, the recovery won’t bring jobs. Our nation’s debt is unsustainable, and the federal government’s reach into the private sector is unprecedented.

Unfortunately, many in the national media would rather focus on the personality-driven political gossip of the day than on the gravity of these challenges. So, at risk of disappointing the chattering class, let me make clear what is foremost on my mind and where my focus will be:

I am deeply concerned about President Obama’s cap-and-trade energy plan, and I believe it is an enormous threat to our economy. It would undermine our recovery over the short term and would inflict permanent damage.

American prosperity has always been driven by the steady supply of abundant, affordable energy. Particularly in Alaska, we understand the inherent link between energy and prosperity, energy and opportunity, and energy and security. Consequently, many of us in this huge, energy-rich state recognize that the president’s cap-and-trade energy tax would adversely affect every aspect of the U.S. economy…

The Americans hit hardest will be those already struggling to make ends meet. As the president eloquently puts it, their electricity bills will “necessarily skyrocket.” So much for not raising taxes on anyone making less than $250,000 a year.

…We have an important choice to make. Do we want to control our energy supply and its environmental impact? Or, do we want to outsource it to China, Russia and Saudi Arabia? Make no mistake: President Obama’s plan will result in the latter.

For so many reasons, we can’t afford to kill responsible domestic energy production or clobber every American consumer with higher prices.

Can America produce more of its own energy through strategic investments that protect the environment, revive our economy and secure our nation?

Yes, we can. Just not with Barack Obama’s energy cap-and-tax plan.

Look Out… This will cause liberal heads to explode.
And, they thought they got rid of her! Hah!