Why is this not surprising?
Democrats Continue to Stay Classy… 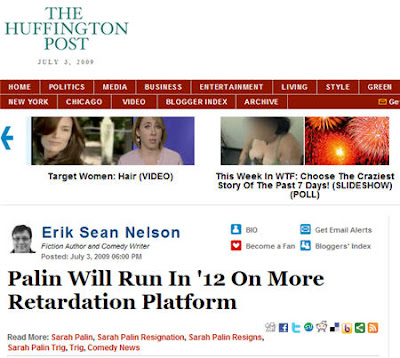 (Screen grab by Sweetness and Light)
The leading Democratic blog Huffington Post cracks Trig Palin “retarded jokes” in celebration of the news that Sarah Palin will be resigning as governor.

This, of course, is not the first time the Huffington Post launched an awful attack on Sarah Palin. 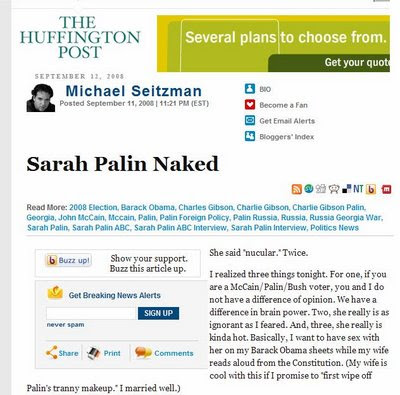 HuffPo contributor Michael Seitzman wrote a sick hit piece earlier: “I want to have sex with Palin on my Barack Obama sheets”

This was just the latest attack on Sarah Palin and her children. Most of the attacks, of course, were ignored by the state-run media. But, when David Letterman cracked rape jokes about her 14 year-old daughter the poor media was forced to report on it.

The Left was finally able to drive Sarah Palin out of office.
Let’s pray they will leave her and her family alone for awhile now.