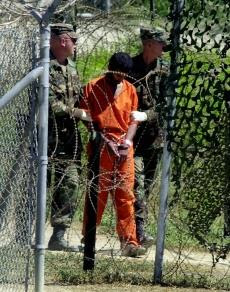 A former Gitmo detainee is leading the Taliban in Afghanistan in fighting the US in Afghanistan’s Helmand Province.
New York Post reported, via ROP:

Abdul Qayum Zakir, also known as Abdullah Ghulam Rasoul, is from Helmand Province and has taken a circuitous route to become head of the radical Islamic group.

Zakir was a senior fighter during the Taliban regime in the 1990s. In a memorandum prepared for his administrative review board at Guantanamo, Zakir apparently “felt it would be fine to wage jihad against Americans, Jews, or Israelis if they were invading his country.”

And he acknowledged that he was “called to fight jihad in approximately 1997,” when he joined the Taliban.

In 2001, he surrendered to US and Afghan forces in the northern city of Mazar-e-Sharif as the regime was collapsing. He spent the next several years in custody, was transferred to Guantanamo around 2006, then to Afghanistan government custody in late 2007, and was eventually released around May 2008. American officials won’t say why he was let go and have not released a photograph of him.

Zakir wasted little time rekindling his relationship with the Taliban, especially its inner shura, or leadership council, based in Pakistan. According to some accounts, Taliban leader Mullah Mohammed Omar appointed Zakir as a senior military commander in mid-2008. He quickly developed a reputation as a charismatic leader.